Valley shopping centers are experiencing the brunt of the recession, as those feeling the economy's pinch curb their spending to make ends meet. But at least one Southeast Valley shopping center is banking on a recent national trend to help ensure the new ventures success; target Latinos. Unlike some other Valley shopping centers, which have noted the exodus of retailers, Mesa Ranch Plaza is filling up quickly and is set to open in May.

The Hinkson Company developers believe the 20-acre, $25 million center at the northwestern corner of Stapley Drive and Southern Avenue will answer the needs of Mesa's growing Hispanic population.

The East Valley city's Hispanic population grew by 70 percent from 2000-06, according to U.S. Census Bureau estimates, compared with a spurt of 20 percent between 1990 and 2000.

Further, a survey conducted last year by the Selig Center for Economic Growth at the University of Georgia estimated that in 2009, Hispanic consumers will represent 9 percent of all U.S. buying power, up from 5.2 percent in 1990. The report, "The Multicultural Economy," estimated Hispanic buying power at $923 billion last year.

It's no surprise, then, that shopping centers and even larger-scale malls throughout the nation - including ventures in Phoenix; Kansas City, Mo; Tulsa, Okla.; and Salt Lake City - are targeting the nation's largest and fastest - growing minority group in an effort to combat sluggish sales.

While shopping centers are becoming vacant in Mesa, one is filling up and is expected to attract Latino customers from East and West Mesa as well as Gilbert and other parts of the Southeast Valley.

Construction for the 20-acre Mesa Ranch Plaza, a $25 million shopping center at the northwest corner of Stapley Drive and Southern Avenue will be complete in two weeks, its developers say.

A survey last year by the Selig Center for Economic Growth at the University of Georgia estimated that Hispanic consumers in 2009 will represent 9 percent of all U.W. buying power, up from 5.2 percent in 1990. The report, The Multicultural Economy, estimated Hispanic buying power was $923 bullion last year.

Another popular tenant is Pollo Campero, a Guatemalan-based fast-food chain know for its citrus-infused season chicken. Other tenants include Anna's Linens, Gen-Ex clothing store and T-mobile.

The tenants appear to following the migration of Latino customers as they move eastward. Traditionally, the Hispanic population has been concentrated in West Mesa, but city officials are beginning to notice a shift. 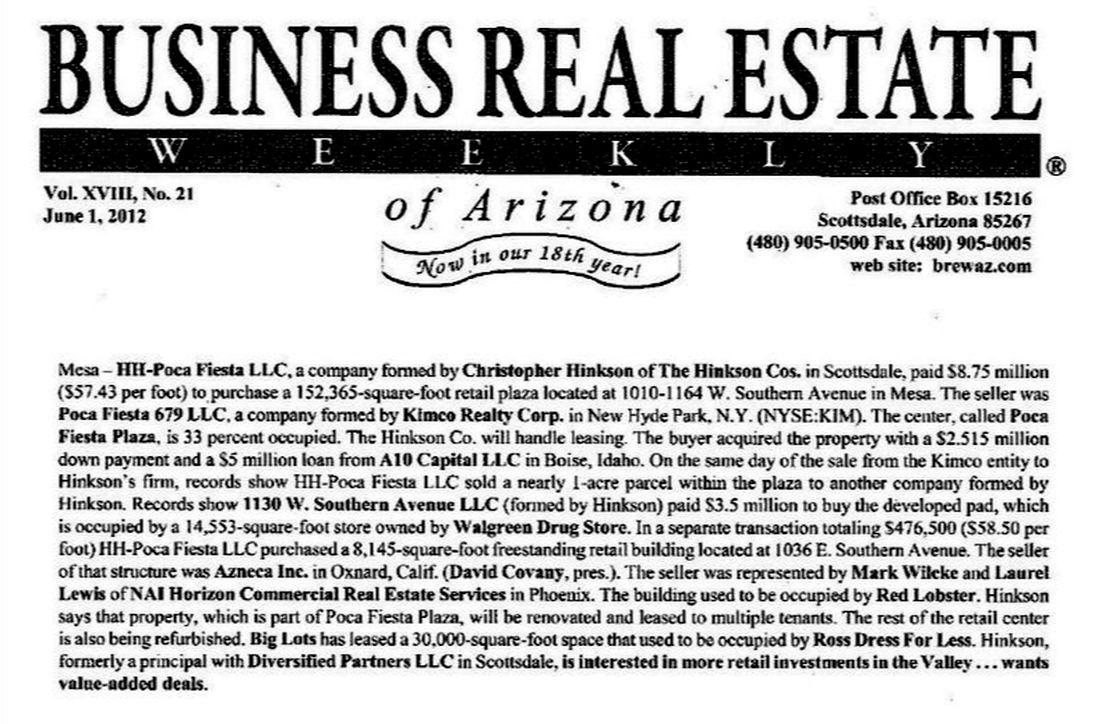